Those weekly updates I promised on Sol aren't weekly at all. Oh well, like I mentioned in my last post when I have limited free time I rather spend it with my dogs than in front of my computer.

Today I took the day off so I have plenty of time to update and play with the dogs. 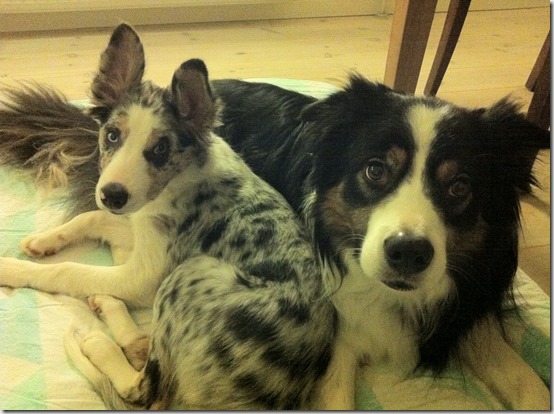 Sol has already lots four front teeth and she is getting very leggy as well. Housebreaking is going well, she asks to go out when she needs to potty. She sleeps eight hours at night and I simply the most lovable, cuddly puppy ever - when she is tired that is! Otherwise she is one little powerhouse with a will of iron - and I love it.

When we are out and about people keep asking me what kind of breed or mix she is. This is very amusing as no one has guessed the correct breed yet. Lots of different breeds has been suggested along with more advanced stuff like wolf hybrid or my all time favorite a hyena. People look at me like I'm crazy when I tell them she's a border collie 'cause they usually suggest siberian husky, australian cattle dog or australian shepard.

I rather drive the long way to my parents house in Gentofte everyday than leaving the dogs alone for too many hours. This means that three days a week my mom doggy sits. This gives me a change to focus on my studies without worrying about the dogs.

Sol has been with me to agility practice twice. She watches the other dogs run with great entusiasm, but I can all her off, play tug and ask her to perform simple controlled behaviors like a sit or a down. 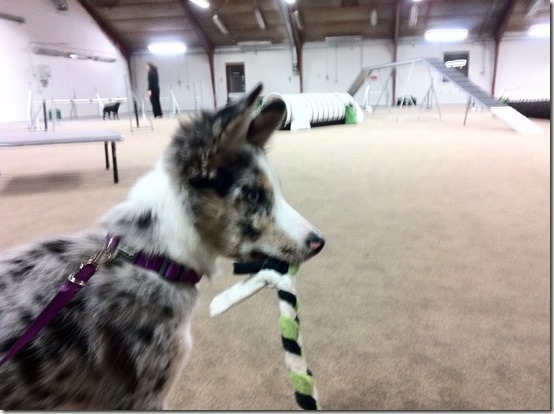 At practice she gets to meet lots of dogs in a pretty stress environment. She acts very natural and is very polite when greeting.

Recalls has been top priority this week. She has speedy recalls, but she has been testing some limits this week, so I had to put extra focus on rewarding her recalls. I usually reward with a tug toy, ask her for a sit, let her tug a again and then let her run off again. Some times we have more tug session before I end the game. At the same time we work on switching between food and toy reward.

We are still focusing on shaping some pretty basic skills like putting on her collar or leash, collar grab and nails trimming.

Next week we will be attending puppy class with Johanna Allanach - A class I am looking forward as Johanna is an amazing instructor. 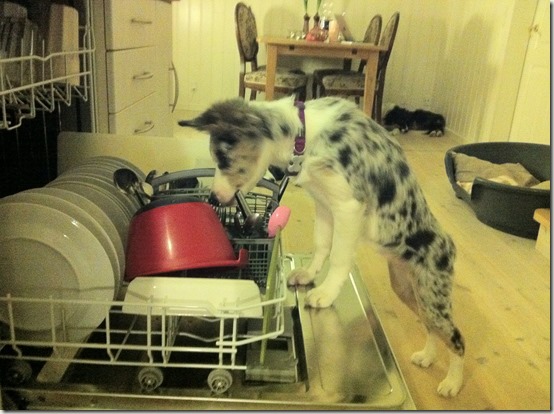