When I introduce myself at seminars and classes I tell people that I've been running agility since 1996, teaching since 2003 and in that time period I've had ten BCs, but as of now I share my life with three. At this point someone always asks 'What happened to the rest of them?' So here it is, the story of all my border collies.

It all began back in 1995 when I started begging my parents for a dog. I have always adored animals and for as long as can remember I wanted to become a vet.I began reading books on dog training and dog breeds and it didn't take long for me to decide on a border collie. But my parents didn't give in that easily. It took me over a year to convince them that letting me have dog was the greatest idea ever. Perhaps they just got tired of the many books that I very tactically had placed around the house - all of them opened on the pages featuring border collies - nevertheless they let me get the dog I dreamed of.

Fille
She was the first, the best and the one all my other dogs was and will be compared to. I was 12 years old back in 1996 when we picked her up one evening in June. Funny how I remember that evening so clearly. We had been in contact with the breeder since the litter was born and those 8 weeks of waiting to take my puppy home was the longest 8 weeks of my life. Fille was an outgoing and confident puppy and at times pretty pushy. She had a will of iron and knew how to manipulate the situation in order to get what she wanted.When I look back I think I was pretty lucky to met the right people at the right time, 'cause truth be told neither my parents or I knew what we were getting into when we bought a border collie. 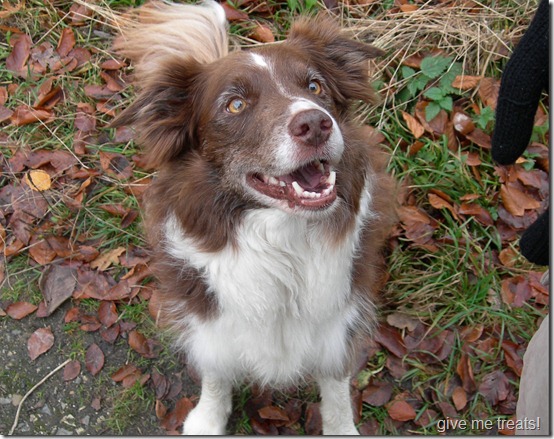 Moments of dog training brilliancy.
I wanted to teach Fille to speak on verbal cue and I knew that she would sometimes bark when somebody rang the door bell. I gave it a shot and rang the bell. Fille barked and praised her with great enthusiasm and gave her a handful of treats. I tried again, this time adding the verbal cue 'bark' before I rang the bell. Again Fille barked loudly. I was thrilled! It didn't take more than a couple of reps before Fille could bark on a verbal cue. I don't think my parents was quite as impressed with my training skills as Fille kept on barking like crazy whenever someone was at the door. Oh well, it worked. 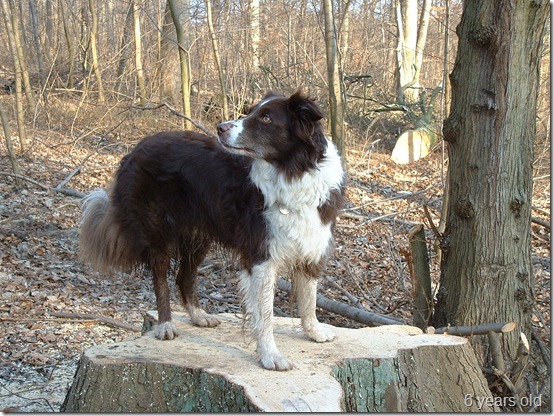 Teaching flatwork
As Fille was my first dog she got dragged along to all aspects of dog sports; tracking, herding, the show ring (God she hated that), obedience and of course agility. Agility was for both of us the ultimate sport. Our two hour practice was the high light of the week. I could run agility every day if I had the chance, but I hadn't. What I did have was the imagination of a twelve year old girl, so what to do when you don't have real life agility equipment in your back yard? You simply imagine the course and then you run it with your dog. At that time I had no idea what flatwork was I was simply having fun with my dog, doing front and rear crosses. Without knowing it I taught Fille a solid handling foundation away from equipment. Later on she hardly ever had an off course run due to handling/dog misunderstanding. 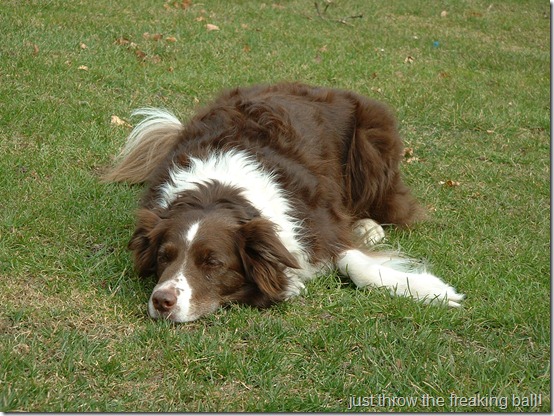 Unfortunately Fille suffered and injury when she was about 10 months of age. She was playing with one of her best bodies when she suddenly screamed and wouldn't move. An x-ray showed a severe soft tissue swelling extending from the lumbar-sacral area to her tail. To this day I do not know what happened. All I know is that wish I knew then what I know now! I don't even know if there were Chiropractors for dogs in Denmark at that time, at least I hadn't heard of them. It wasn't until 2003, seven years later, that Fille had a chiropractic check up and boy did she need it: her hip was displaced 4 cm in the left side, her cranium was displaced relative to her vertebra and she had something in her lower back that might indicate the beginning of a prolapsed discus. I felt so bad for her. Fille never accelerated in agility in the way I would have wished; she ran clean, competed in class 3 but wasn't fast. At the time people referred to her as 'the lazy border collie'. No wonder she didn't run fast! She was in serious pain. I retired Fille from agility after that first chiropractor appointment. 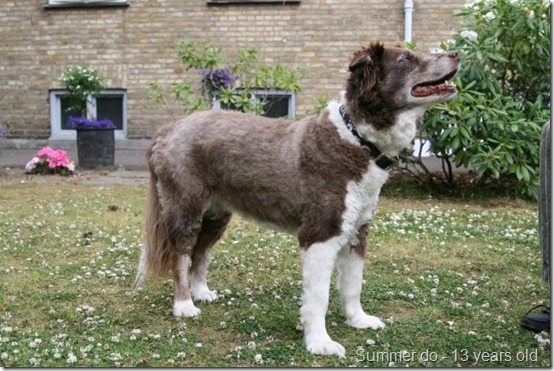 Fille's Otium
Fortunately Fille was very contempt with her retirement. She enjoyed her daily walks in the dog park and as long as there was a tennis ball or football around she was happy. She did like going to trials still though, but that was mostly because of the food, which she stole, and because she got to sleep all day.
When I moved away from home, Fille stayed with my parents. She was almost ten at the time and I didn't want her to move into an apartment.

Fille lived to celebrate her 14th birthday. Like I said every other dog I have owned has been compared to her - she was one awesome dog. She is the reason why my heart skips a beat whenever I see a chocolate brown border collie.