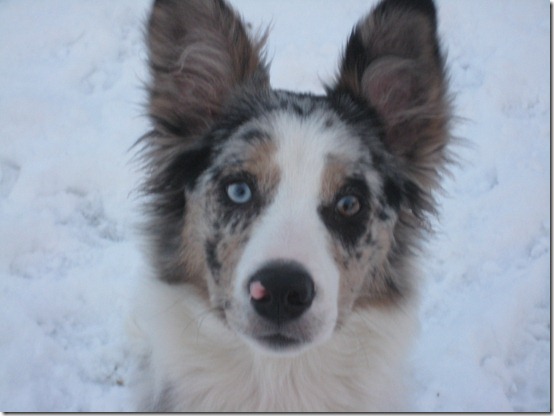 My tomboy is growing up and her energy level have reached new heights again! She now weighs 12 kilos and is about 49 cm tall. Since the last 'Sol' update she has remodeled her spa (the mud hole in the back yard) and expanded it so it now includes 2 square meters of lawn. She wasn't really contempt when I re-fenced the entire thing. I did get pretty tired of washing and drying her every time she had some free playtime in the garden with the other dogs.

So 6 months old and she hasn't done agility yet! What is wrong with me?! LOL! I see lots of videos from friends who have puppies about the same age has Sol or younger and their dogs can run sequences (handling on up rights and tunnels) already. Guess I should feel like I am behind in training, but I really don't. All those things can be taught easily at any age, but puppyhood has an expiration date. Sol hasn't even done a single puppy jump grid. Her coordination and proprioception is so well-developed that I haven't even thought it necessary to begin her jump training just yet. She did get to try a wobble board for the first time. As you can see in the video below she didn't mind being on a moving object at all.

Sol has turned out to be quite the little environmental activist. Every time I walk her in the city she picks up garbage people have thrown on the streets. When she was about 3 months old she focused on the cigarette buds only, but now empty water bottles and milk cartons are of high priority. It might just be that she really likes to carry things, but that simple isn't as much fun as her being an environmental activist. 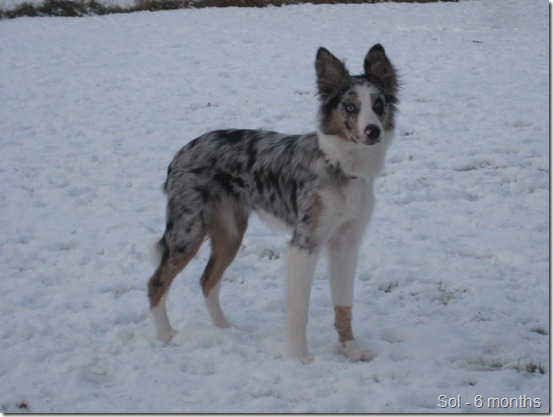 So what did she do for her 6 months birthday? She cut her pad on a piece of ice - nothing serious, just a clean cut. She dug a new whole simply because she can't use her spa (some idiot put a fence up around it!), and she broke her second flexi lead. I was pretty amazed how well she took it when I put a bandage on her leg to keep her from licking the injured pad. She didn't mind at all. She just sad there watching. She did try to rip the bandage of afterward though, but without any luck. She has pretty much left it alone since. The pad is healing nicely, so the bandage is only needed when she is outside.

Even though she is remodeling our garden, plays in mud and likes to roll in stinky items I am crazy about her! 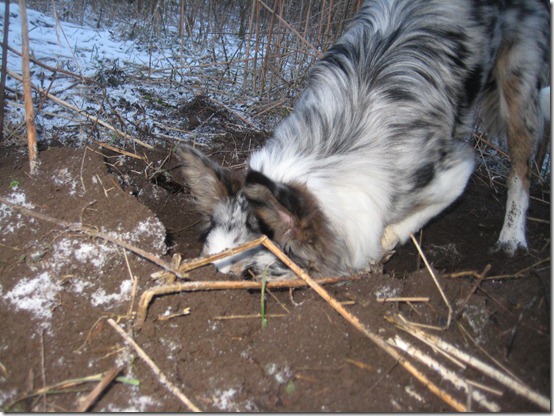