Had an absolutely fabulous day today!

The boys and I headed off to Ringsted for Susanne Therkildsen's Trial Preparation Seminar. The purpose of this seminar was to copy a trial scenario and rehearse running courses in a more stressed environment than usual. We ran four courses, 2 Jumpers and 2 agility courses. We had an 8 minute course walk for each course just like at trials. Susanne judged our runs and the course time, faults and refusals were noted. As a surprise Susanne told us that the one placing overall best of those four runs would win a prize - that definitely added a bit more excitement.

I get sloppy at trials. Sloppy when walking the course and sloppy when handling my dogs. This was an awesome chance to rehearse concentrating, being systematic in my approach to each course and concentrate on getting my handling right the first time, as there was no do-overs. This was also a great way to test Poncho's running contacts and Zap's weave pole performance plus his stopped contacts.

The first course was a jumpers class 1 course. Pretty straight forward and fluent. 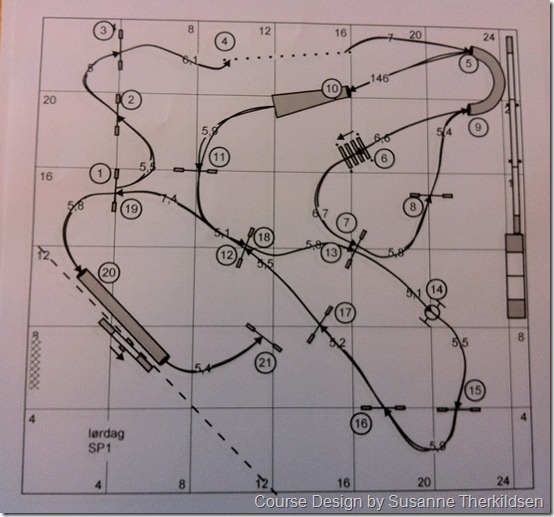 This is how I decided to handle it:

Poncho ran clean in a time of 31.37  - he did very well, but did turn wide on no. 6 and after the straight tunnel. Zap popped out of the weaves. I let him have another go at it and he did it perfectly. He got eliminated, but honestly I can't remember where. He was pretty excited at the start line though. 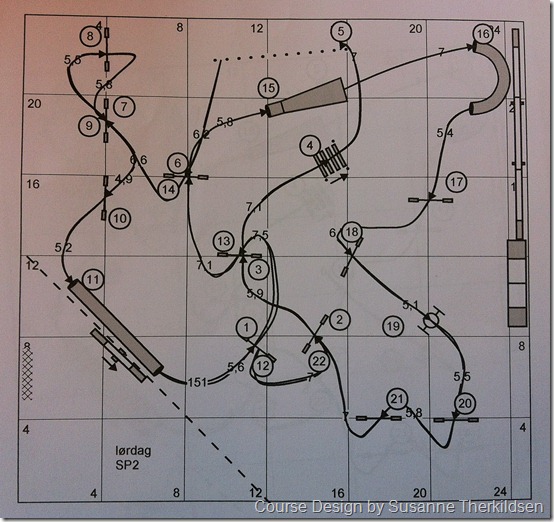 A bit more tricky than the first one.

Both dogs got eliminated on this course. My badly timed ketschker on no. 6 send Poncho straight to no. 10 - otherwise I was really happy with our performance. Zap did great besides from an elimination on 21 - he took 21 from the back side.

After a short break we continued with the agility courses and first up was an agility class 1 course. 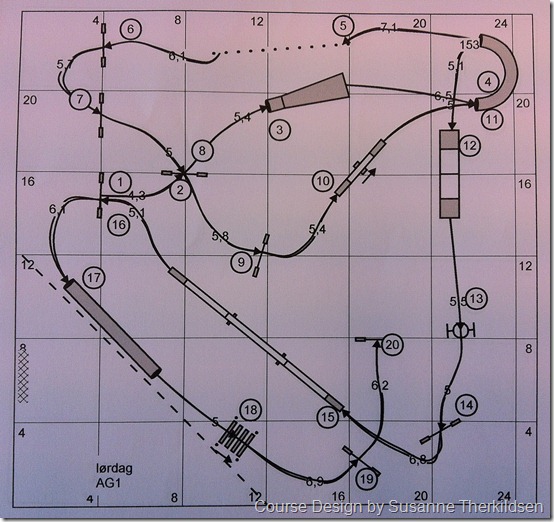 Poncho hit his contacts perfectly. A deep hit and with great focus ahead on the next obstacle. he did pick up a refusal on the seesaw and a fault but I was so focused that I didn't notice where. Even though I corrected the refusal he had the fastest time (39.97) 18.03 seconds below the course time! Zap skipped the A-frame contact so I let him have another try and got eliminated in the process. He once again showed off his awesome tight turns and weaved perfectly.

The last course of the day was this agility class 2 course. 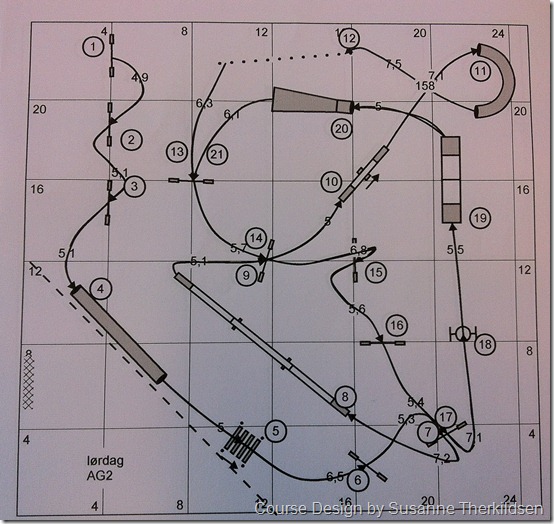 OMG this course was long - 178 meters if I remember correctly. I pretty much lost my breath at 17.

Poncho ran clean! Awesome running contacts again with a wide after the dog walk though. Tight turns on 15 and 17. Best overall time of 40.50 sec - 6.50 sec below the course time. Zap responded much better to my pull this time. He released early from the A-frame contact and I chose an elimination and did the obstacle over. Otherwise pretty contempt with his performance.

Running these courses was exactly was I needed. I went away from each run feeling I had done my best. I also felt very proud of how my dogs performed. Main goal was for Poncho to get his contacts and Zap the weave. Besides from Zap popping out of the weaves in the first run we reach our goal! I had some much fun running my awesome dogs. The fact that Poncho was the best placed dog these four courses combined made it even better.

The courses confirmed my dog's weak spots. Zap's A-frame performance isn't nearly as persistent as I would like it to be. I knew before hand that his pulls and pushes are pretty rusty, so I wasn't surprised when he chose the back side of the jump instead of going between the jumps. His turns and acceleration out of them were perfect. Poncho still likes tunnels very, very much.

This was truly a great experience. I am really proud of how well both dogs performed. I managed to keep my head in the game. I had a systematic approach to each course walk and I was focused when running. A huge thanks to Susanne for giving this seminar. After this awesome afternoon I am very excited about next weekend's trial.