I ran these two courses with Poncho. 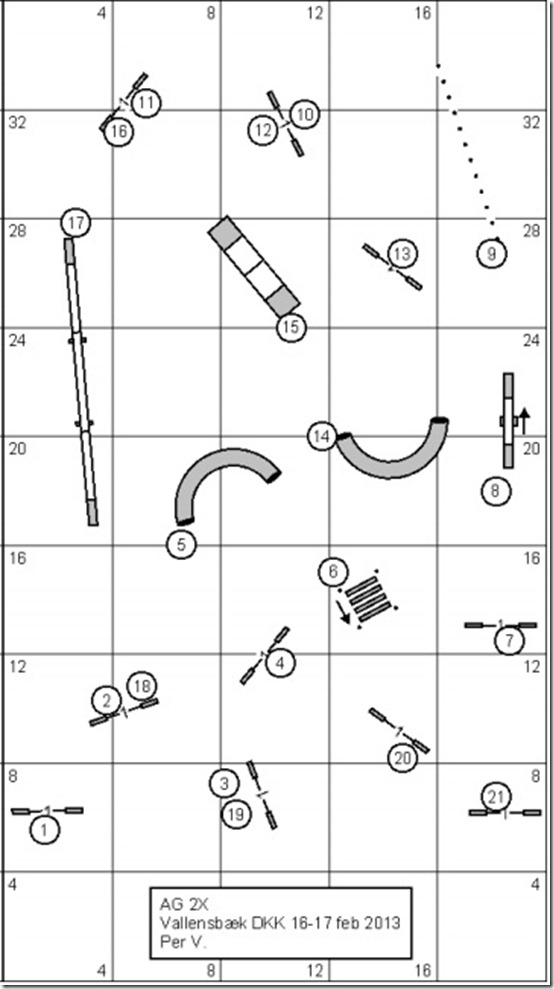 Did have a bit of a rough start at this course as Poncho broke his start line stay and refused to lay down on my verbal command. I decided to go back and repossition him knowing I'd get a refusal for breaking the plane of 1 and starting the time at the same time. Got a refusal on 11 for a very badly timed ketschker otherwise a close to perfect run. 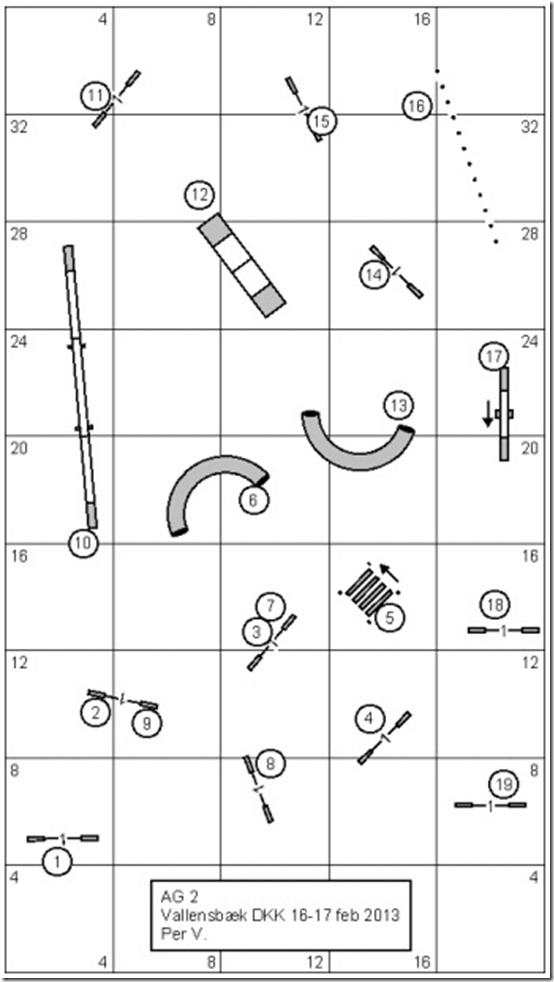 A way to late front cross on 14 resulted in a dropped bar followed by a refusal on the weaves. Should probably have wrapped the wing of 15 instead of using a Ketscher as Poncho came straight back to me and didn't see the weaves at all. We did get judged to a missed down contact on the dog walk. I don't quite agree with the judge on that one - don't think he was expecting a running dog walk ;o)

Next competition will be in April on grass. Wishing for the snow to smelt away soon!