I often see dogs a trials knocking down the bar of the first jump due to an a poor starting position.

Although the dogs might be facing the jump they might be sitting on their bum or with their upper body in direction of the jump, while the rest of the body is pointing in another direction. It has been pointed out plenty of times how a hunched start line position affects the dog's ability to reach forward, but what about those dogs that's might have their weight shift in place but is sitting on their bum or laying down while hind legs are twisted to one side?

As I took a break from working on my thesis I went out into the yard with the dogs and my camera. I wanted to get some good shots of them running at full speed as I am pretty mesmerized by the mechanics of animals running. Look at what my camera caught. 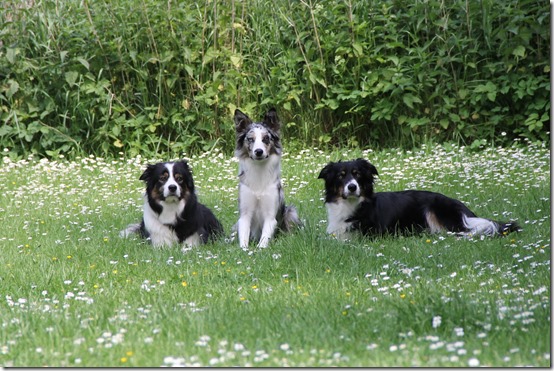 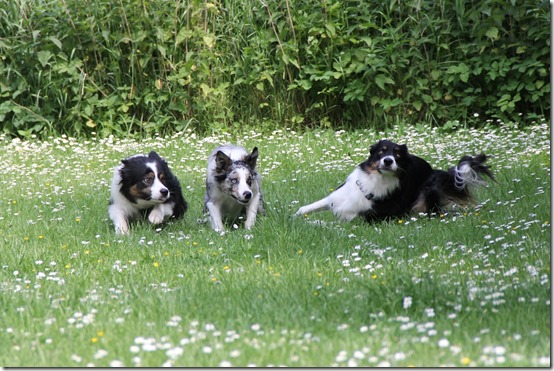 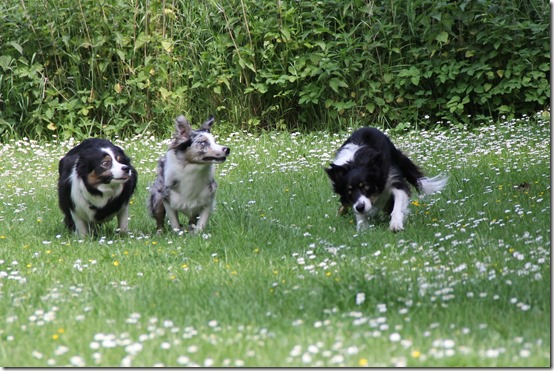 This pictures perfectly illustrates how start line position can affect the start.

As you see in the first picture Zap is lying down with his entire body turned away from the line of running. Sol and Poncho are facing forward ready to run. Now compare how Zap's turned body affects his start and acceleration in the second photo. Zap has to turn his body, rearrange his hind part and get those legs turned in the right direction. Sol and Poncho, still facing forward, are reaching forward with ease.

In the third photo you can see how much effort that is required of Zap to straighten his body in order to move forward. Both Sol and Poncho are on the verge of their second stride while Zap is still struggling to get his body moving in the right direction.

Now imagine this at the start line - not the perfect way to start a run is it? It might not matter that much if the dog is left with enough space to first jump to be able to compensate before take-off, but if not. No wonder an ill-balanced start line set-up can result in a dropped bar on the first jump.

As it was totally by coincident I got some shots of this scenario, but even the less they turned out to be very illustrative.

For comparison here's a couple of pictures of Sol releasing to a toy (placed straight in front of her) from a sit stay. Although she is facing me before given her release cue, it is evident how much more balanced her start and acceleration is compared to the pictures above. 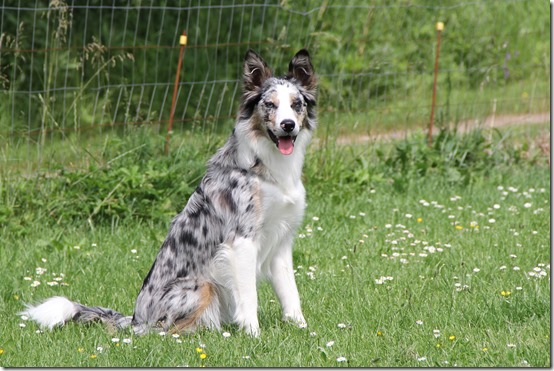 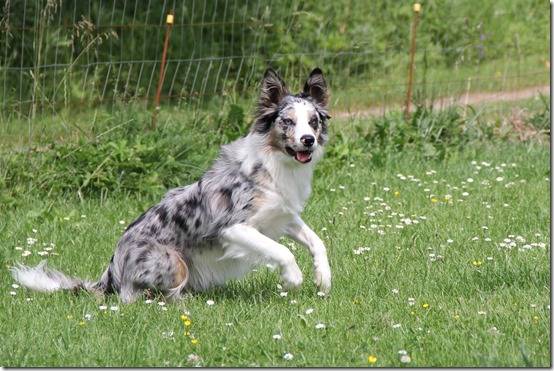 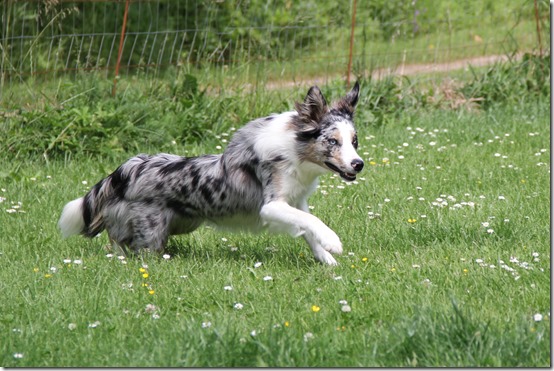