I am still on the moon from yesterdays WAO tryouts – both Zap and Sol earned a spot on the 650 team this year! Poncho got sucked into an off course tunnel (among other things…) but he volunteers as head cheerleader and is looking forward to 4 days of watching his favorite sport in the Netherlands.

During 2014 Zap and I finally came together as a team and he has done an absolutely awesome job in the ring winning both J2 at Norwegian Open and qualifying for the NO final. We have had our issues both regarding a his high anxiety level and physical issues – at the age of 18 months I didn’t believe he would be able to run agility at all. So winning that spot on the team is a clear indication that all our hard work has paid off. 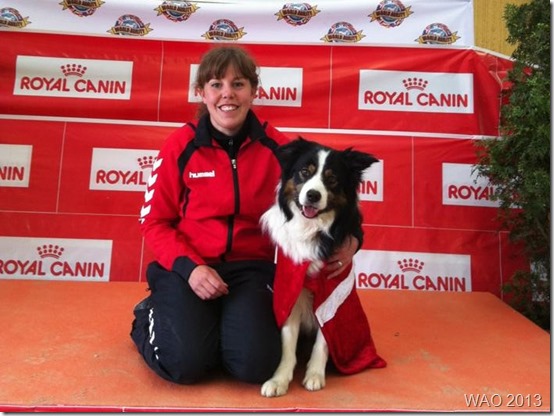 Last year at the tryouts I pretty much blew my chances of getting on the team by letting my nerves get the best of me. It happens when I tend to focus on the outcome instead of on the task right in front of me. I was fortunate enough to be awarded a wildcard entry with Poncho. It was such an honor –but for some reason I didn’t feel like I deserved it. Unfortunately I took this feeling with me to WAO and our run was clearly marked by it. Let’s just say that I learned a lot from WAO 2014; trust your self, your dog and your training

The baby dog made the team this year as well! I did not expect that at all. I was hoping that Zap and maybe Poncho would make the cut, but I did not expect Sol to perform this well under pressure. I mean tryouts was her first time ever jumping 65 cm in competition and she has been competing for less than a year. I’ve been pretty irritated at myself because I’ve been extra careful when competing with her and I have not been running or handling her like I do in training. Our runs has been good, but hesitant and not at all a clear picture of how well she really performs. Yesterday I finally handled her like I do in training and my baby dog was AWESOME! I am so proud of her.

WAO is only 10 weeks away and I am very thankful to be able to compete at this great event for the third year in a row. 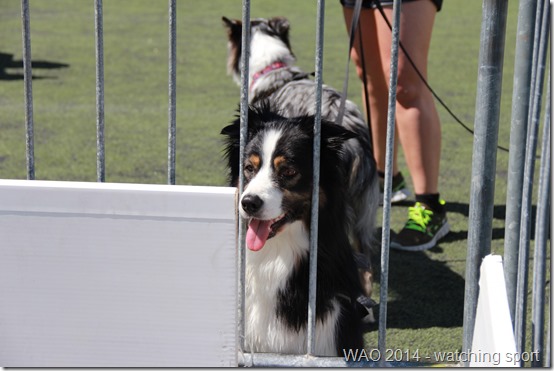