Running Contacts 5: Don't Hit the Dog With the Reward!

It's snowing again. I would love to regain my childhood joy of snow, but it's nowhere to be found. Snow or no snow we had some running contact training to do and this time with height.

Poncho was absolutely awesome. He didn't even mind the fact that the plank was raised 10 cm in one end. His speed and accuracy is incredible and so was his rate of success: a perfect 100%!
Even if I ran as fast as I could in the snow beside him.

Zap did so great until I accidently hit him in the head with the toy. twice. God, I really should have paid more attention in gym class! Afterward he would duck when I threw the toy and he didn't run at full speed - no wonder. Using treats instead helped a bit, but container and treats pretty much got lost in the snow. But we did end the session in a positive way.

Goal for next session: don't hit the dog with the reward. (maybe I should schedule a training session of my own practicing running and throwing at the same time.) 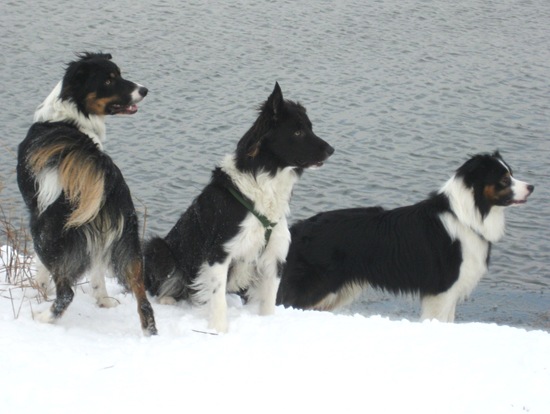